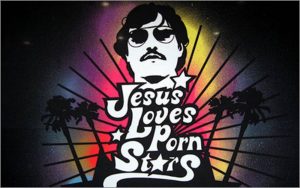 Ron is relentlessly pursued by a God who knows him by name and fiercely loves him. We Christians so often want to see a result that we miss the beauty of the process. Ron spontaneously shared with a group of Christians, who were at the convention for training, about his near-death experience last year and how he called out to God. Then he played his favorite song on the harmonica, Amazing Grace. (see video clip) Ron Jeremy

“Amazing grace, how sweet the sound, that saved a wretch like me. I once was lost, but now am found; was blind but now I see.”

“And the greatest of these is love.”

Sign up today and receive inspiring updates and volunteer opportunities.x